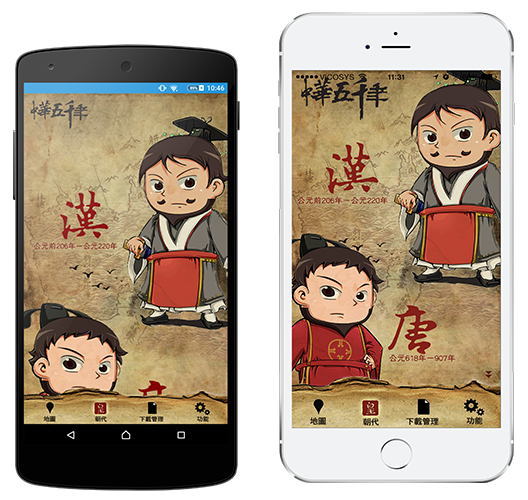 The prospective 5000 years of China
Project

In 2012, RTHK decided to release a mobile app of Chinese history, which aims at telling the Chinese history stories over the past 5000 years in an interesting and creative way. VICOSYS was assigned to handle the development.

The app is designed based on ancient scrolls to give a taste of old China. The history stories are presented in the format of Yonkoma and narrated by artistes of RTHK, which is designed for teenagers.